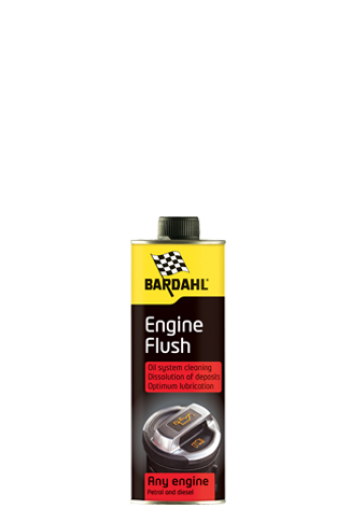 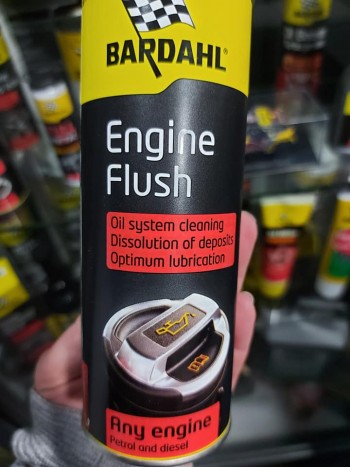 This oil additive cleans the engine inside.

Varnish gums, carbon, and sludge are by-products of engine operation. These deposits are normally kept suspension by the crankcase oil, and drained away at oil changes. However, under certain service conditions or infrequent lubricant drain intervals, these deposits can overwhelm a motor oil causing sticky parts and clogged oil passages.

Short trips or infrequent use of an automobile leads to increased sludge and gum formation. High temperature driving such as trailer towing, mountain driving, and stop and go city driving leads to increased varnish and carbon formation. Either of these types of driving can produce more deposit than your motor oil can handle. Once this point is reached, deposits can form on the train, pistons and rings, reducing clearances and binding parts and forcing them out of adjustment. This means erratic engine operation — the engine is out of tune. The close tolerances of hydraulic filters are especially vulnerable and stuck lifters mean rapid camshaft wear.

Bardahl Engine Flush is a blend of solvents and light oil. The flush oil will dissolve existing deposits, free gummy valve lifters, loosen stuck rings and will remove sludge from the valve train, chemically “tuning” the engine. Bardahl Engine Flush helps hold these deposits in suspension until they are drained with the oil. Bardahl’s “polar attraction” formula then coats metal surfaces with a tough lubricating film that acts to inhibit further deposit formation